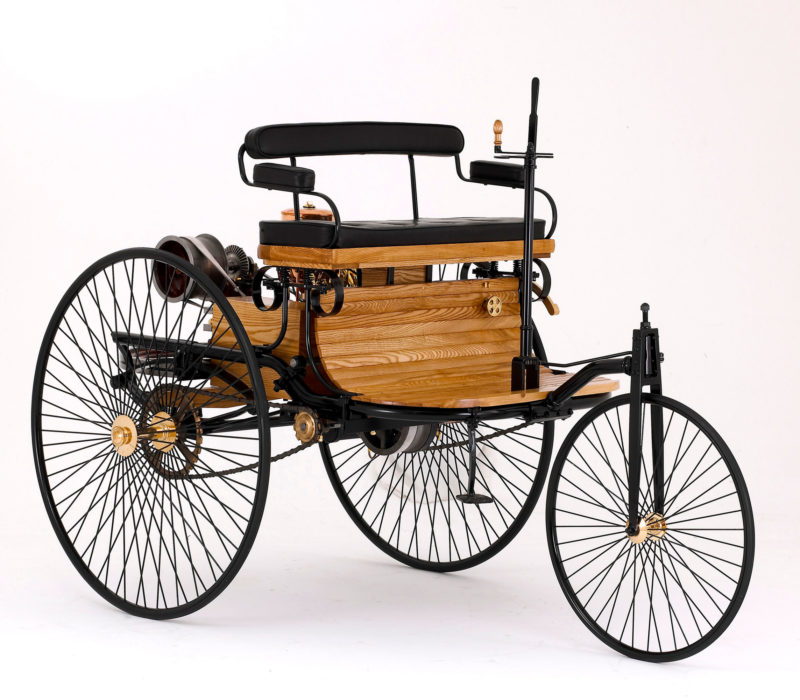 During 1885 and 1886 Karl Benz developed his prototype ‘Motorwagen’, powered by a water-cooled single-cylinder engine with electric ignition. This design was patented in January 1886. In the summer of 1888 Benz’s wife Bertha, accompanied by their sons Eugen and Richard, undertook a fifty-mile journey from Mannheim to Pforzheim in the second prototype Motorwagen – becoming the world’s first ‘motorists’. Production versions of the Motorwagen were soon offered for sale to the public. In 1889 Benz appointed Emile Roger of Paris as his first sales agent.

Whilst Benz had been developing his Motorwagen, Gottlieb Daimler and Willhelm Maybach of Bad Canstatt had also been experimenting with motorised vehicles. The first Daimler Motorwagen was patented in August 1886. Together Benz and Daimler are credited as the inventors of the motor car.