From Saturday 6th June the Beaulieu grounds & gardens will open to visitors, however the Museum remains closed. Please read the full statement here.
If you’d like to support us, please consider making a donation. 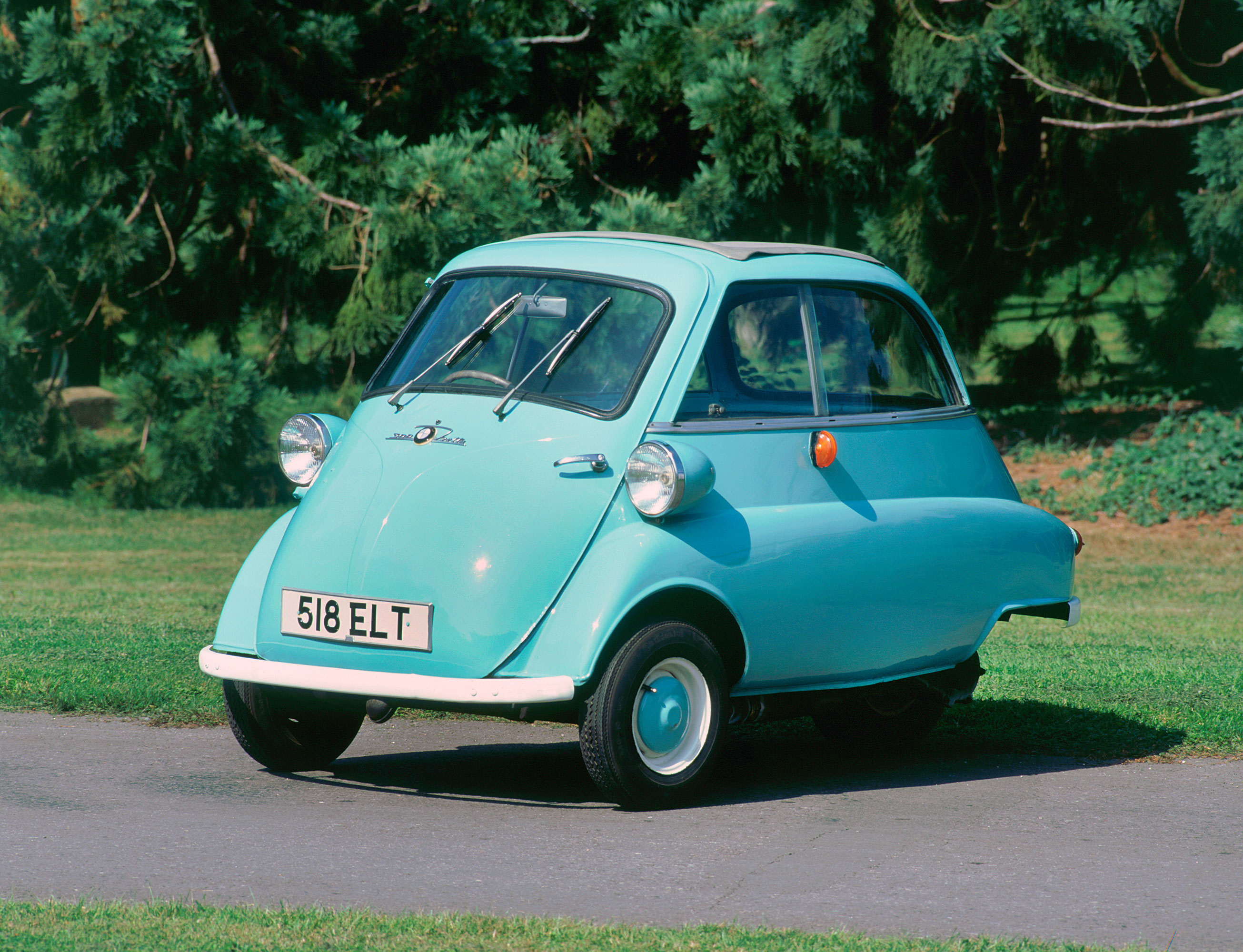 Microcars became popular in the 1950s, at a time when there was still a shortage of raw materials. That popularity only increased amid fears about fuel supplies after the Suez crisis of 1956. Bubble cars like the BMW Isetta, built as four-wheelers on the continent, were sold as three-wheelers in the UK. This meant they could be driven on a motorcycle licence and were subject to a lower rate of road tax.

Italian motorcycle manufacturer Iso started the bubble car craze in 1953 when it launched the Isetta. It did not sell well in Italy and the rights were sold to various foreign manufacturers, including a struggling BMW in Germany. Fitted with a BMW motorcycle engine, the car sold in large numbers and saved the company. Isettas for the UK market were built under licence in the former railway works at Brighton.