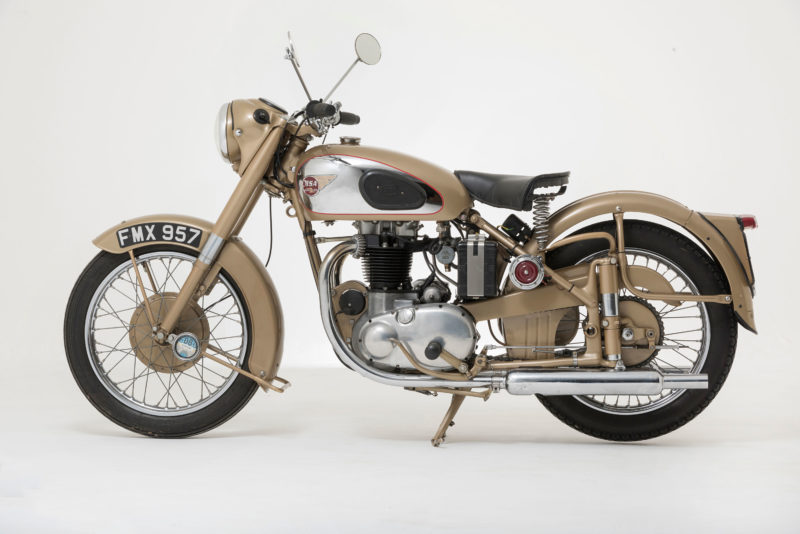 The A10 Golden Flash was new to the BSA range for 1950, when the company badly needed a 650cc twin to compete with rivals Triumph. It sold in large numbers and proved popular for both solo and sidecar work. The distinctive optional paint finish, described as beige in BSA advertising, was an alternative to the standard black and must have brightened up the roads of an austere post-war Britain.

The A10 featured a new 646cc engine, designed by Bert Hopwood, and was originally offered with a choice of either a rigid frame or plunger rear suspension as seen here. From 1954 a revised A10 was available with swinging arm rear suspension.