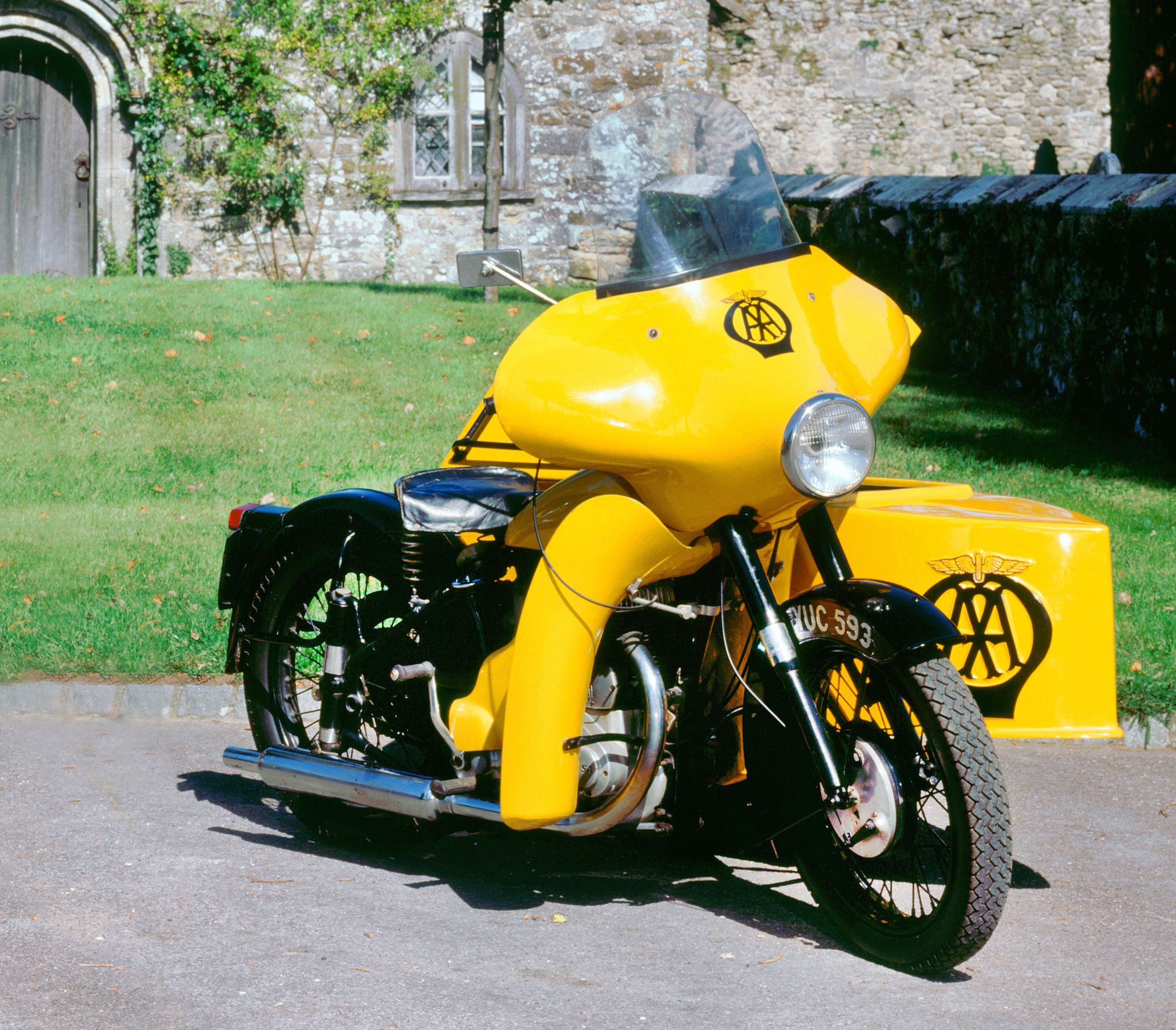 Automobile Association (AA) motorcycle combinations like this were once a common sight on our roads. The first AA combinations, or Mechanical First Aid Outfits, appeared in 1919 carrying tools, spare parts and fuel which enabled patrols to carry out full repairs for the first time. They were later renamed Road Service Outfits (RSOs). The first outfits were Chater Lees and Triumphs, but BSAs soon became standard. M21s, like this, were specially built for side-car use and served with the AA in the 1950s and 1960s. The last motorcycle outfits were replaced by small vans in 1968.

The Automobile Association was formed in 1905, when the sole function of patrols was to warn motorists of Police speed traps. Over the years the AA expanded its services to include insurance, travel and legal services as well as the well known breakdown service.