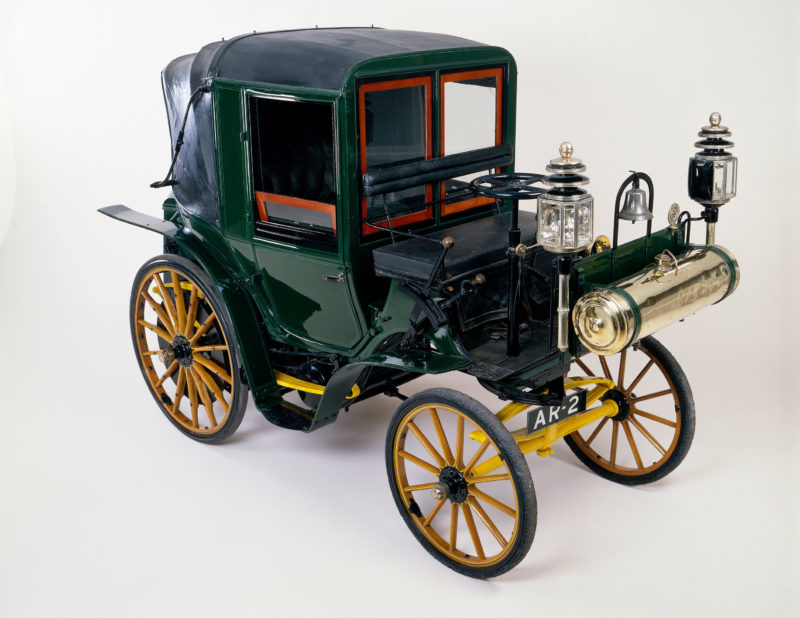 This Daimler Cannstatt is a typical example of the ’Horseless Carriage’ and it shows how closely related some early cars were to horse-drawn vehicles. It is very easy to imagine this vehicle being pulled by horses. This is one of a range of cars introduced by Daimler from 1895.

In 1886 Gottlieb Daimler and Willhelm Maybach successfully tested and patented a four-wheeled motorwagen. They were only a few months behind Karl Benz who had patented his own motorwagen earlier in the year. Daimler concentrated on building engines until vehicle manufacture re-started in 1889. In 1890 the Daimler Motoren Gesselschaft was formed. Daimler engines were also produced under licence in Britain, France and Austria. Daimler (Coventry), Panhard et Levassor, Peugeot and Austro-Daimler all originated under these licensing agreements.