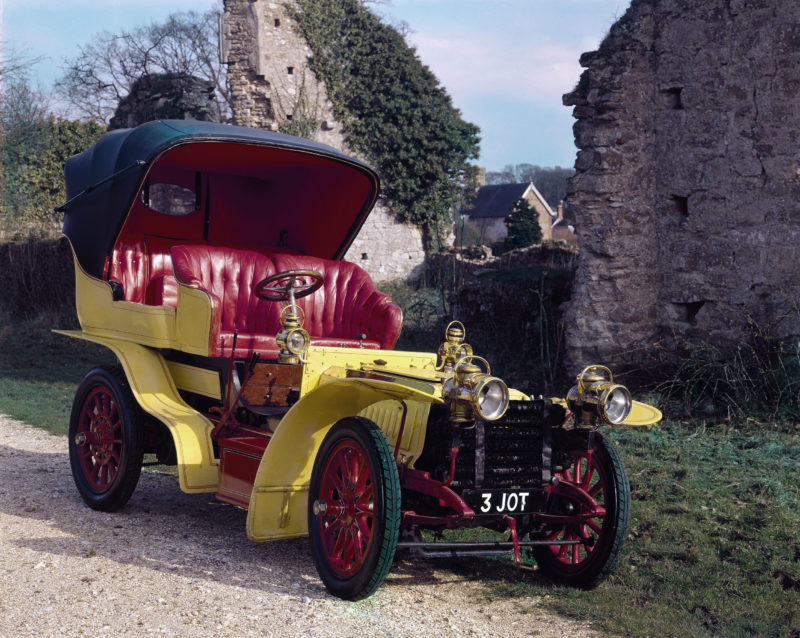 This 1903 De Dietrich 24hp is a typical fast touring car of the early 20th century, with the engine at the front and chain-driven rear wheels. Braking is on the rear wheels only. Originally owned by gold mining pioneer Sir Joseph Robinson, it was placed in a London furniture depository when he emigrated in 1910 and remained in storage until 1956. It appears regularly in the annual London to Brighton run for Veteran cars.

De Dietrich is a French company with origins dating back to an ironworks in 17th Century Alsace. In the 1870s Alsace became part of Germany and a new factory was built on French soil at Luneville in Lorraine. Car production started in 1897. From 1901 De Dietrichs were actually designed by Turcat-Méry of Marseilles, both companies building near-identical cars. From 1905 a new company was formed and the cars were branded as Lorraine-Dietrich.

Absence of vibration, coupled with its speed and easy running, make it compare most favourably with the other principal makes of car…