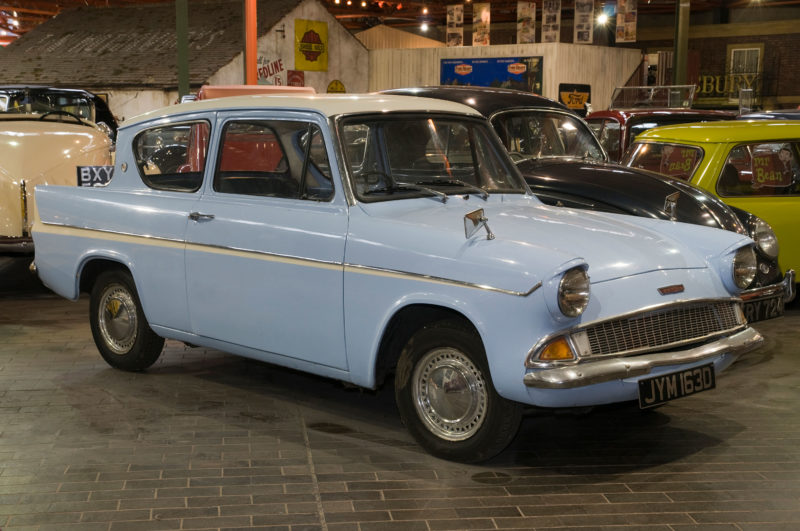 This is the actual Ford Anglia 105E that was once owned by Arthur Weasley. It used to be a standard Ford Anglia until Mr Weasley enchanted it making it able to fly, become invisible to Muggles and to carry his entire family despite its modest size.

The car has been stolen by his son Ron on a number of occasions. Once to rescue his friend Harry Potter from the Dursley’s house and once with Harry to return to Hogwarts after the gate to Platform 9¾ is sealed by Dobby. Considering they crash landed the car in the Whomping Willow when returning to Hogwarts, the car is in amazingly good condition.

In the Muggle world Ford’s new Anglia model was overshadowed by the Mini when it was launched at the 1959 Motor Show but went on to be a sales success with over a million of the 105E and more powerful 123E being built before production ended in 1967. In 1963 the production line was moved from Dagenham to a new factory at Halewood on Merseyside.

This Anglia was used during the filming of Harry Potter and the Chamber of Secrets. It was stolen in 2005 but was later recovered after being dumped by the thieves probably due to the media interest surrounding the car.