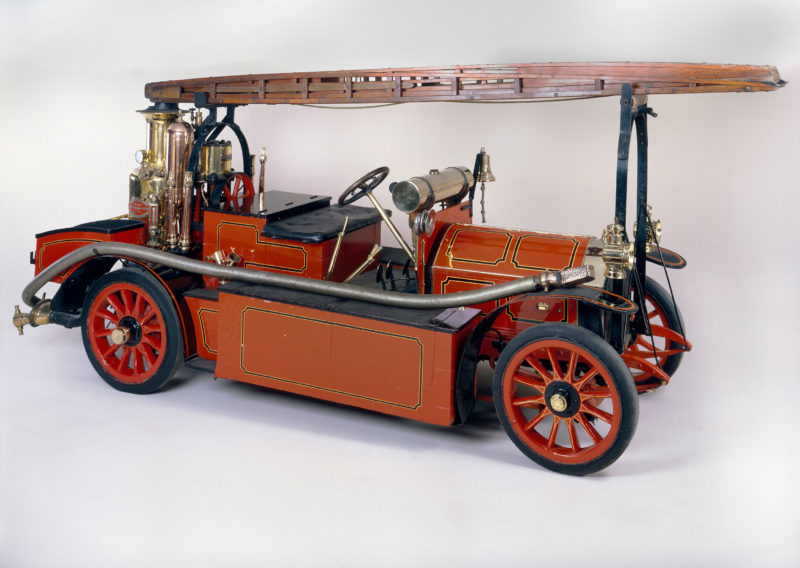 This 40/60hp Gobron-Brillié began life as a seven-seater touring car and was operated on chauffeur-driven charter trips between London and Paris by Westminster Bridge Garage. Around 1910 it was sold and converted for use as an estate fire engine and was fitted with a Merryweather Valiant steam pump. The increased weight of the fire fighting equipment led to the vehicle being fitted with stronger lorry wheels and solid tyres.

Founded by Gustav Gobron and Eugene Brillié in 1898, Gobron-Brillié was one of the best known early French car manufacturers. They were famous for the opposed piston engines which were designed by Brillié. Although he left the firm in 1903, his engines continued to be used until the early 1920s by which time the company was known as Automobiles Gobron. The last Gobron cars were built in 1930.

One of the masterpieces of French automobile construction