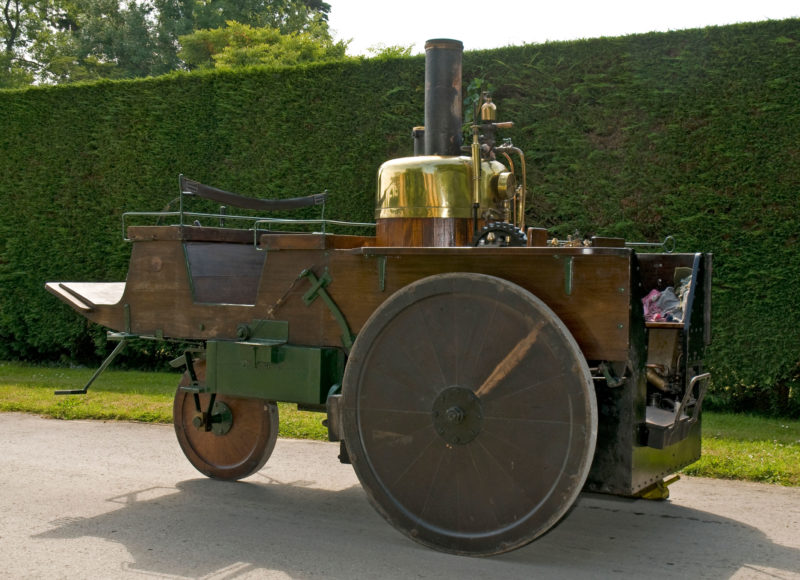 This unique vehicle represents the pre-history of motoring and is believed to be the oldest self-propelled passenger-carrying road vehicle still in working order.

In the 1870s Robert Neville Grenville developed this steam carriage, with assistance from his friend, railway engineer George Jackson Churchward. The vehicle has a steel chassis with mahogany lagged vertical water tube boiler, as used on period fire engines. The original single-cylinder engine was replaced by a two-cylinder unit after the first trials. The carriage was capable of around 15 – 18mph.

In the 18th and early 19th centuries, a number of inventors experimented with steam-powered road vehicles. The poor state of the roads did little to encourage development, although steam technology revolutionised transport when it was applied to railways and shipping. A number of engineers continued to experiment with steam-powered road carriages whilst heavy traction engines were developed for agricultural and industrial use.

The Grenville is a thoroughly sound and reliable machine