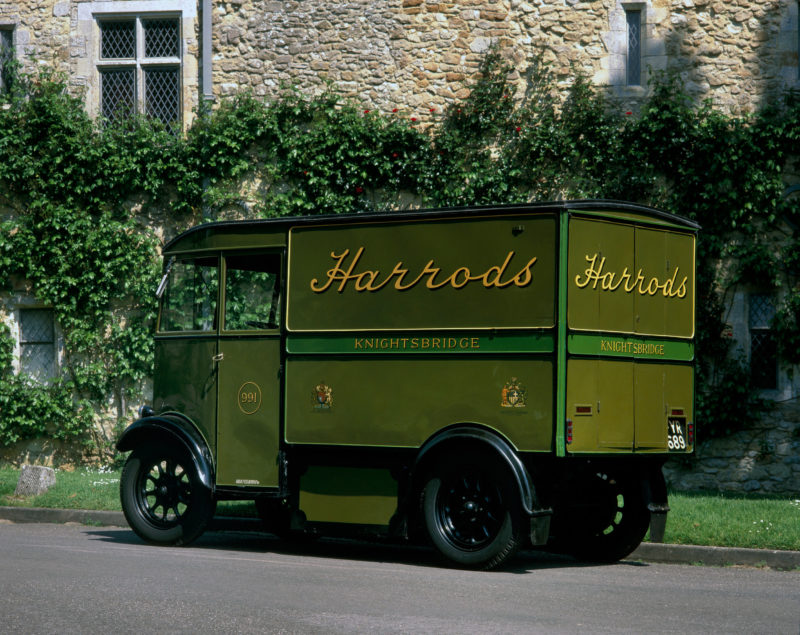 Harrods’ fleet of electric delivery vehicles were once a familiar sight on the streets of London. The famous department store started using American-built Walker electric vans in 1919. During the 1930s Harrods renewed the fleet, undertaking the design and construction in its own workshops. Work started in 1933 and a prototype van was running by 1935. A total of sixty vans were built up to 1939. The 1 ton vans were powered by under-floor mounted batteries giving a range of sixty miles per charge. This van remained in service until 1970 when it was presented to the Museum.

Battery-powered electric vehicles have been in use since the very earliest days of motoring. Being silent and pollution-free they are ideally suited to use as delivery vehicles in urban areas, where short distances mean their lack of battery range is less of a problem.

Omnia, omnibus, ubique (Everything for everyone, everywhere)