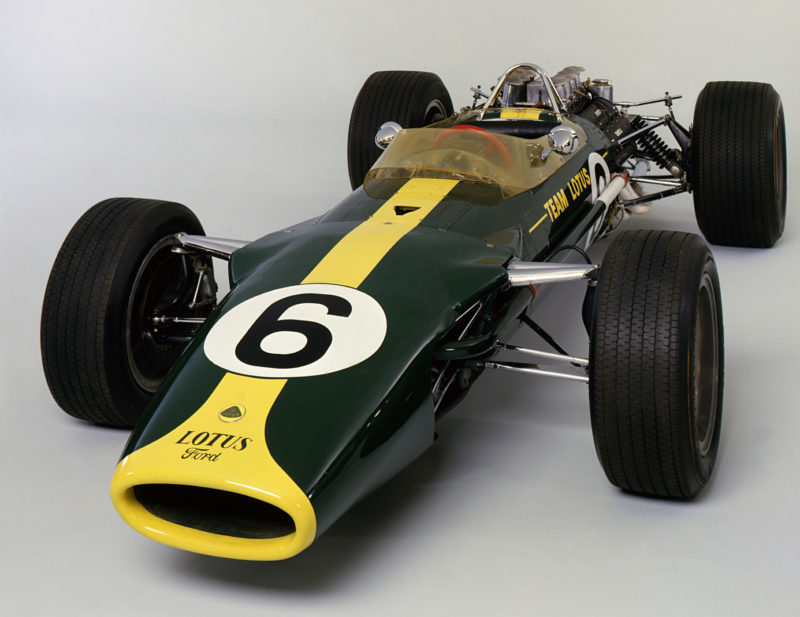 The Lotus 49 was the first car to use the legendary Ford-Cosworth DFV engine, which also formed an integral part of the vehicle’s chassis. It won its first race, the 1967 Dutch Grand Prix, driven by Jim Clark. This car, chassis R3, was built overnight for Graham Hill to drive in the 1967 British Grand Prix at Silverstone. It was sold after the 1968 South African Grand Prix and was raced with great success by John Love in Southern Africa until 1970.

The origins of Lotus date back to an Austin Seven based trials car built by Colin Chapman in 1947. The first Lotus single-seat racing car was the 12, a Formula Two car of 1957. Lotus became masters of the rear-engine layout pioneered by Cooper and built a string of successful Formula One cars from the early 1960s onwards.

The Lotus 49 has set new standards for Grand Prix cars