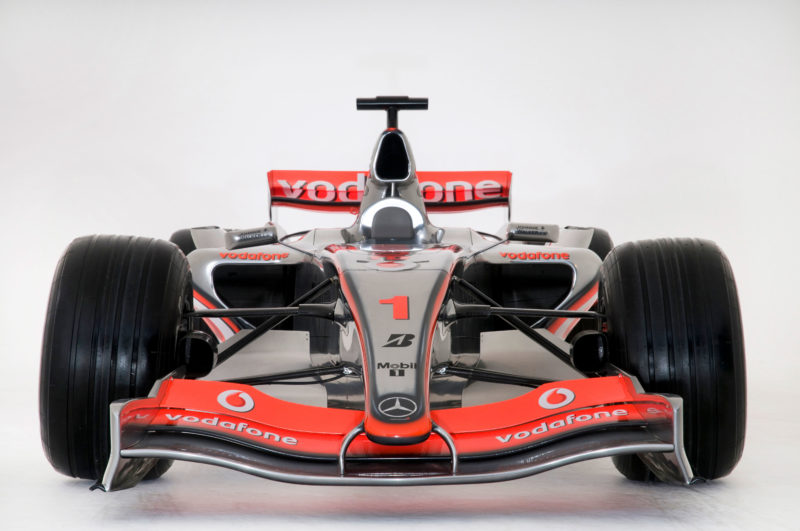 The McLaren team was founded by Bruce McLaren, well known for his exploits with Cooper. McLaren-built sports racing cars were followed by the first single-seater, which appeared in time for the 1966 Formula One season. Bruce McLaren was killed in a testing accident at Goodwood in 1970 but his team lived on. World Championships followed for Emerson Fittipaldi (1974) and James Hunt (1976). McLaren merged with Project Four in 1980, the new McLaren International team going on to win numerous drivers’ and constructors’ titles over the next three decades.

The V8 was revved to 19,700rpm in qualifying [for the European Grand Prix]