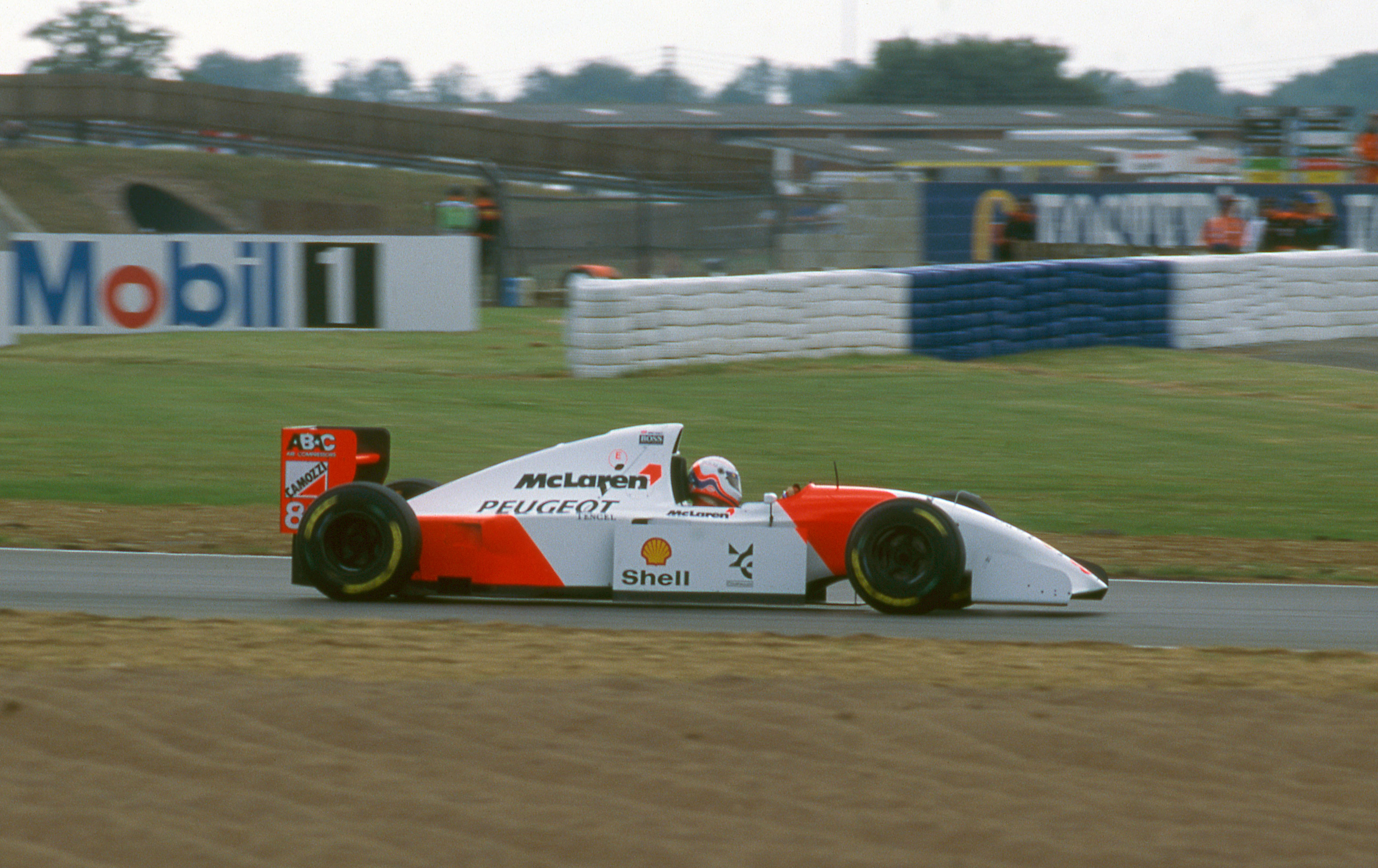 For the 1994 Formula One season, McLaren began a partnership with Peugeot as engine supplier for the Neil Oatley designed MP4/9 chassis. This is chassis number 4 which competed in all but four of the sixteen races that year. Its best finishes were second places for Martin Brundle in Monaco and Mika Häkkinen in Belgium, McLaren’s best results that season. This was the first year since 1981 that McLaren failed to win a race.

New regulations for 1994 banned the use of technical aids such as fly-by-wire throttle control, traction control, active suspension and anti-lock braking systems. Re-fuelling pit stops were made compulsory, adding to the excitement for television audiences.

The 1994 Formula One season was marred by the deaths of both Roland Ratzenberger and Ayrton Senna at the San Marino Grand Prix.