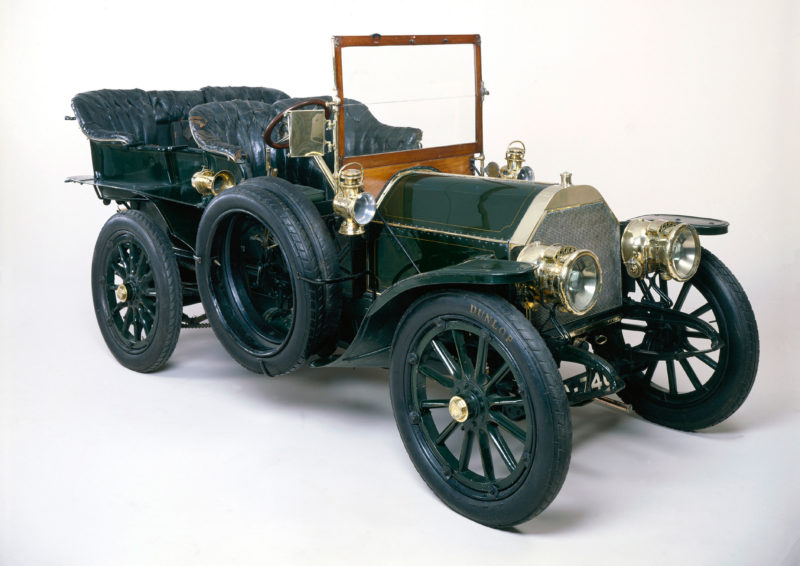 After 1901 the products of the Daimler Motoren Gesellschaft were marketed as Mercedes. Bought from the Mercedes factory in Germany by its first owner, Alfred Harmsworth, this Mercedes 60hp has stayed with the family ever since. When newly built it competed in the Nice speed trials in France. It later went to Ireland as a reserve for the 1903 Gordon Bennett Cup race and whilst there won a hill climb at Castlewellan. The original two-seat body was replaced in 1907. It is one of only five 60hp Mercedes still in existence.

Alfred Harmsworth (created 1st Baron Northcliffe in 1905) was the founder of the Daily Mail newspaper and a keen early motorist. He promoted motoring and motoring events including the 1,000 Mile Trial of 1900. He supported early motor sport and also took a leading interest in road safety issues.