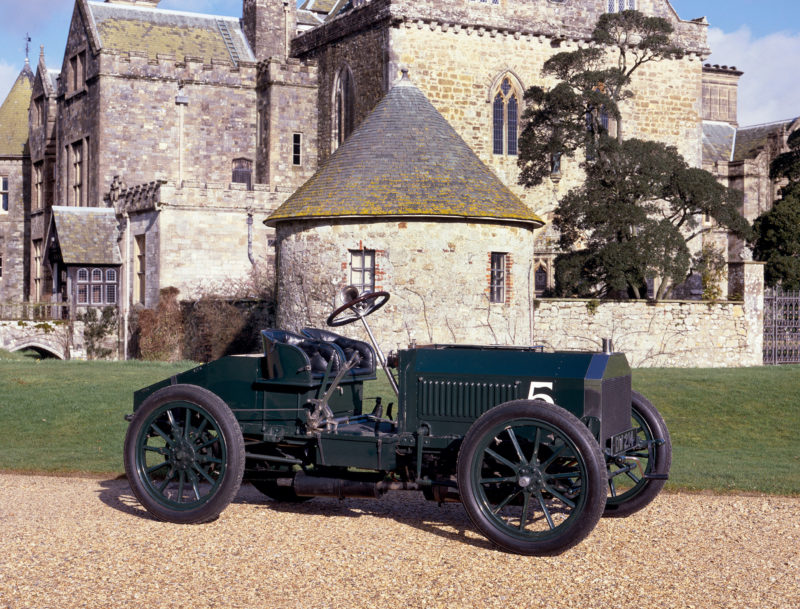 Napier was the first British constructor to build cars especially for motor racing. In 1903, the prestigious Gordon Bennett Race was held in Southern Ireland. Napier entered three cars – this one driven by Charles Jarrott unfortunately crashed. In 1904, it was fastest in the eliminating trials for that year’s race.

Napiers were all painted green, the colour which was then adopted as Britain’s racing colour. This is one of Britain’s oldest racing cars.