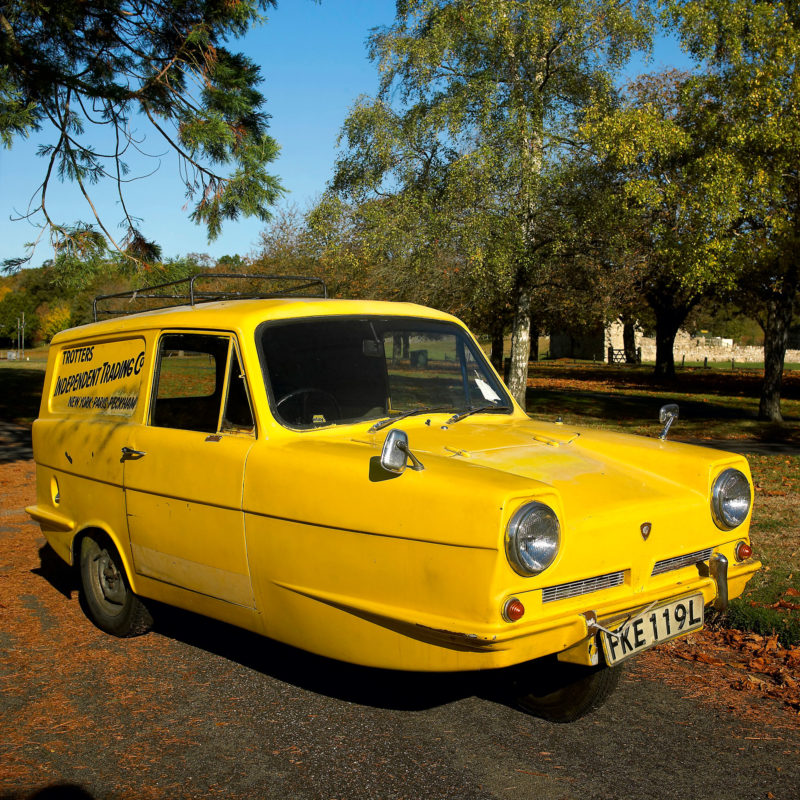 Possibly the nation’s most famous three-wheel vehicle, this Reliant Regal Supervan III (often mistakenly referred to as a ‘Robin’) featured in the BBC sitcom Only Fools and Horses. For a time it was the only transport for the Trotter family of Del, Rodney, Grandad and Uncle Albert until Del Boy went ‘upmarket’ and purchased a Capri Ghia. What a plonker!

105,824 Regal vans and saloon cars were produced by Reliant between 1963 and 1972. The bodywork was of all glass fibre unit construction. With a maximum loading capacity of 50 cubic feet, one example was, in 1968, driven around Mallory Park racing circuit with sixteen people crammed in the back! Cushtie!