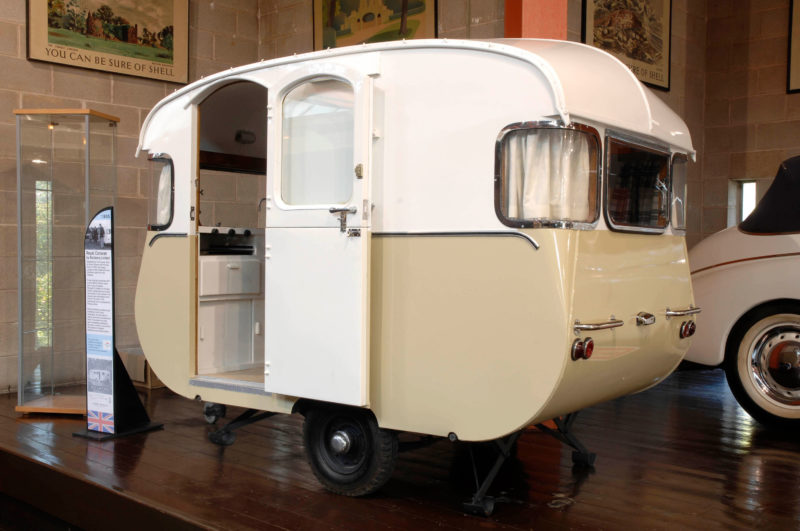 This unique caravan was presented to Prince Charles and Princess Anne by The Caravan Club in 1955. Built by Rollalong Limited, the Royal Caravan was constructed of an insulated and lined ash frame clad in aluminium. Complete with sink, bookcase, seating and a table, it originally contained a set of Beatrix Potter books, a miniature Poole Pottery tea service and a copy of Captain Marryatt’s ‘Children of the New Forest’.

Shortly after receiving the gift, Caravan Club Patron HRH the Duke of Edinburgh towed the royal children around the grounds of Buckingham Palace using a Hillman Husky specially fitted with a towbar. The caravan was refurbished in 1982 and later fully restored by its original manufacturer during The Caravan Club’s Centenary year in 2007. In 2014 The Royal Caravan returned to Buckingham Palace for its Summer Exhibition Royal Childhood.