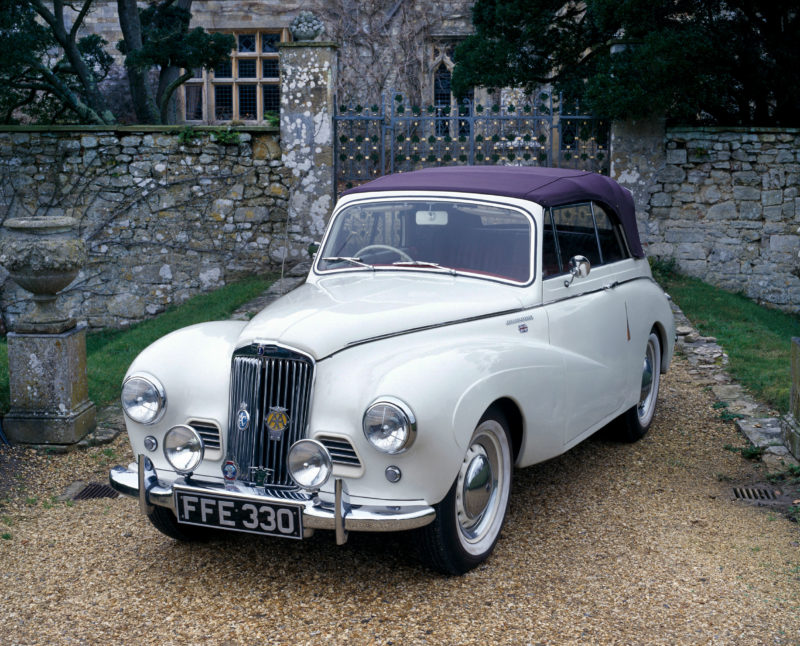 The Sunbeam-Talbot 80 and 90 were the first new models introduced by the Rootes Group following the Second World War. The larger-engined 90 competed with some success in rallies. From 1950 the 90 MkII featured independent front suspension and further refinements to engine and brakes followed on the MkIIA of 1952. This car was the subject of a thorough four-year restoration by previous owner Mr Tony Coombs.

The Sunbeam-Talbot brand was created by the Rootes Group in 1938. The cars had nothing in common with Talbots and Sunbeams of the past, being based upon existing Hillman and Humber models. 1948 saw the introduction of the 80 and 90 in both sports saloon and drophead coupe form. The 90 met with great success in events such as the Monte Carlo and Alpine Rallies between 1948 and 1952.

Setting the pace in performance … leading the world in style