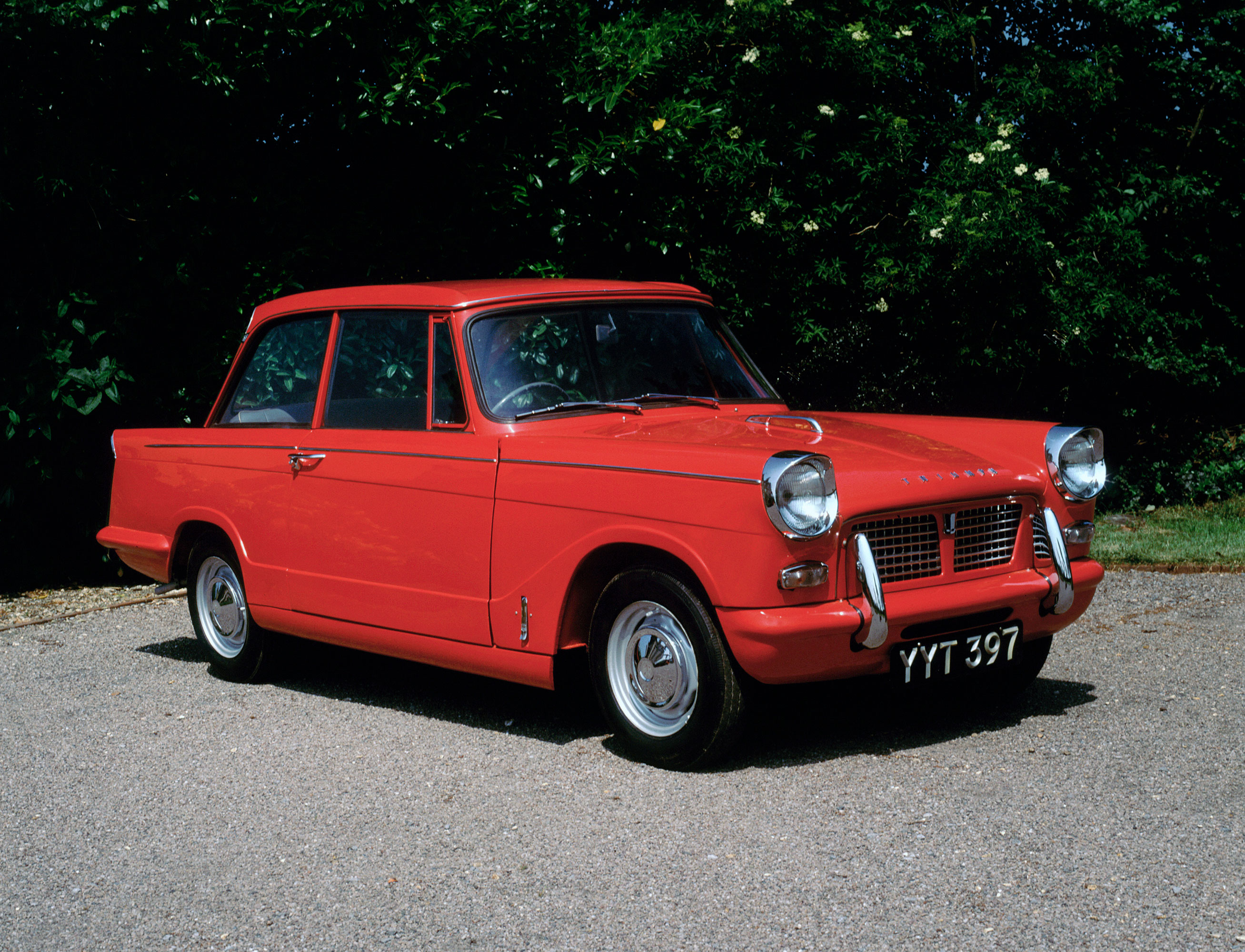 Introduced in 1959, the Triumph Herald was a big contrast to the old Standard Ten that it was designed to replace. The radical design incorporated a separate chassis with bodywork styled by Michelotti of Italy. Bolt-on body panels allowed a whole range of alternative models to be produced relatively cheaply. The Herald had a tiny turning circle of 25 feet whilst the independent rear suspension produced handling that was praised by some and feared by others.

The Herald’s modern design set the pattern for a whole range of Michelotti styled Triumphs through the 1960s. The Herald was available as saloon, coupé, convertible, estate and van versions and with a six-cylinder engine as the Vitesse. The Spitfire and GT6 sports cars shared much of the running gear. Over half a million Heralds were produced up to 1971.