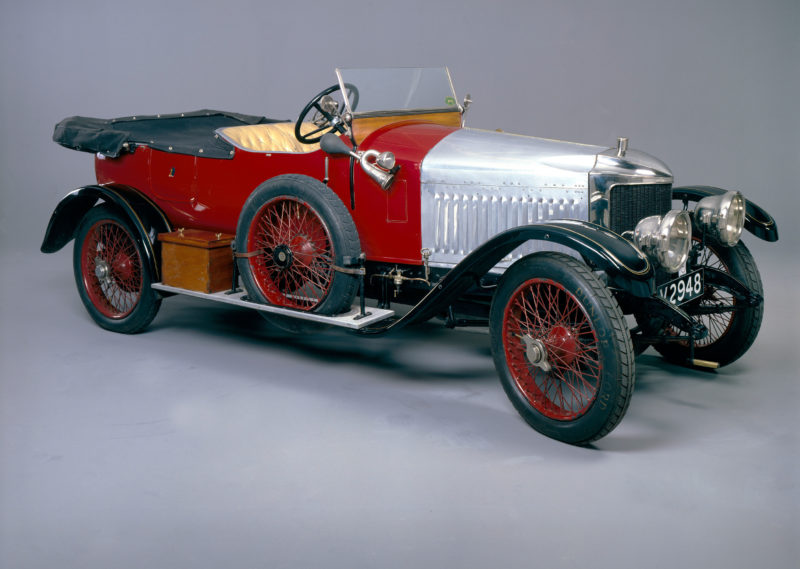 Vauxhall’s ‘Prince Henry’ was one of the first true sports cars. Originally introduced in 1911 with 3 litre engines, from 1913 a new 25hp 4 litre model became available. It was one of the fastest cars of the day. This car was discovered in a hedge by Anthony Brooke and restored. It has been used in many events and rallies since the 1950s, including the 1997 Peking to Paris Motor Challenge.

Vauxhall gained a sporting reputation following success in the1908 RAC 2,000 Mile Trial and other events. This led to cars being built for the 1910 Prince Henry Trials in Germany. The C-Type or ‘Prince Henry’ model was a replica of these and the most famous of all Edwardian Vauxhalls. Later the ‘Prince Henry’ was developed into the famous 30/98 model, one of the most iconic of all sports cars.