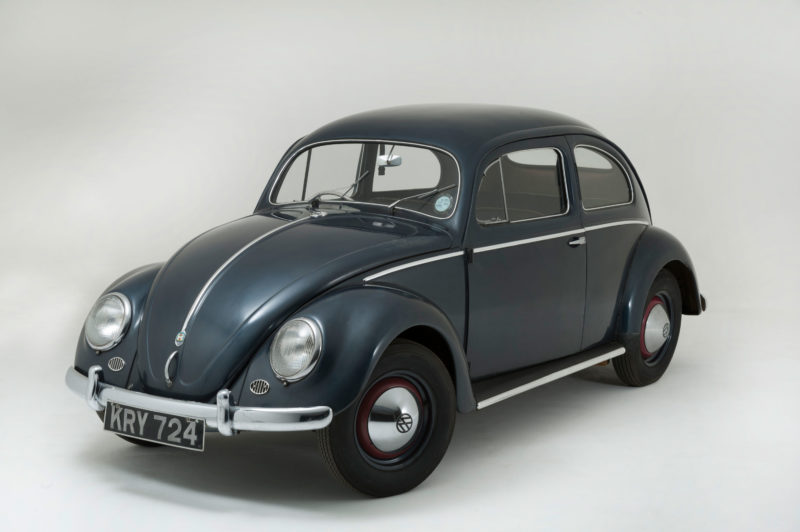 Over 21 million Beetles were built, making it the most popular car ever. Designed by Dr Ferdinand Porsche in the 1930s, it was adopted by Adolf Hitler as the Volkswagen or People’s Car. Production for the civilian market started under British military control in 1945, passing back to German ownership in 1948. This car was presented to Edward, 3rd Baron Montagu in 1963 to mark the sale of 100,000 Volkswagens in Britain.

Porsche started work on the design of a small family car with air cooled engine in the early 1930s. In 1934 his ideas were adopted by the German government, Hitler suggesting that the car should be streamlined and “look like a beetle”. The cars were exported worldwide with assembly plants in 19 countries, where production continued long after ending in Germany in 1978. The last Beetle was built in Mexico during 2003.