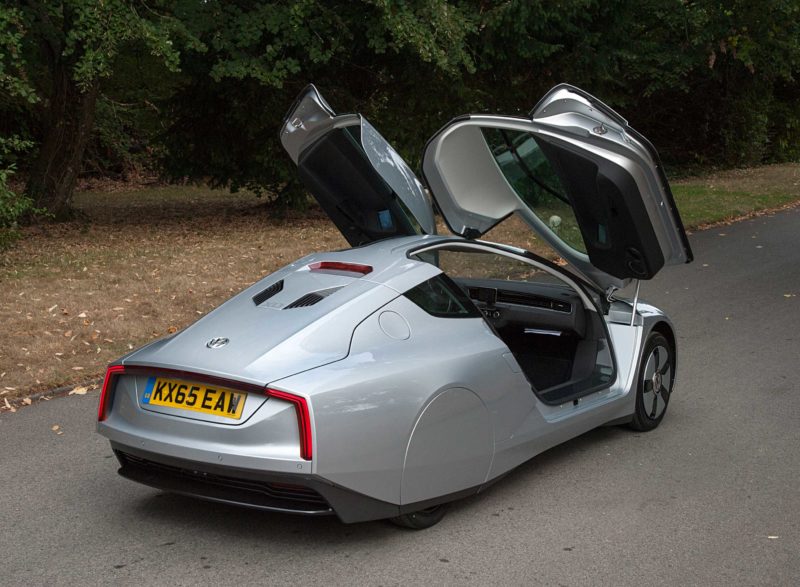 The World’s most fuel efficient production car, the XL1 Super Efficiency Vehicle (SEV) is a limited production concept car. This is one of just 250 built, only 200 of which were sold to retail customers. The hybrid vehicle is powered by either an 800cc two-cylinder, turbo-diesel engine or an electric motor with lithium ion battery. Drive to the rear wheels is via a seven-speed dual-clutch gearbox. Fuel consumption is in excess of 300 miles per gallon.

In normal daily operation the XL1stays in electric mode until either full throttle is reached, until 62mph is exceeded or the battery charge drops below 14%. Battery regeneration is used to recover energy during braking which is stored for re-use. The XL1’s lightweight monocoque body shell is made from carbon fibre reinforced plastic with polycarbonate windows and weighs in at just 230kg. The total weight of the XL1 is 795kg. By contrast the Volkswagen Polo weighs 1105kg.