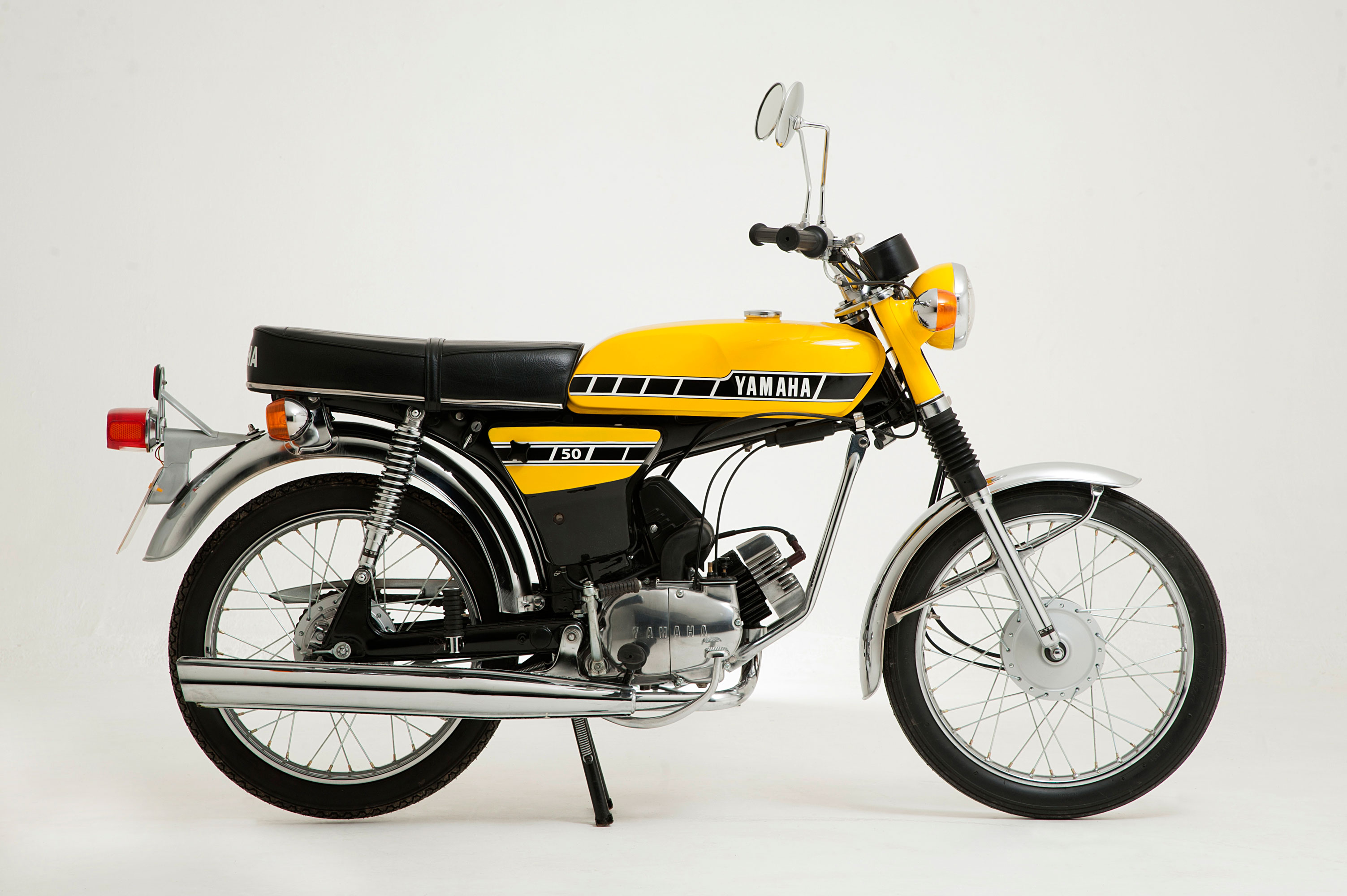 First launched in 1973, the much-loved Yamaha FS1-E, or Fizzie, sports moped became a popular choice as a first bike for many teenage motorcyclists. FS1-Es intended for the UK market were originally equipped with pedals, although these were later replaced by a conventional kick-starter.

Yamaha originated as a maker of pianos and musical organs in the late 19th century. The company diversified into motorcycles in the 1950s. The first Yamaha motorcycle, the 125cc YA1, was a copy of the German DKW RT125; the same machine that BSA had based the Bantam on. Parent company Yamaha Corporation has many business interests and remains the World’s largest manufacturer of musical instruments.