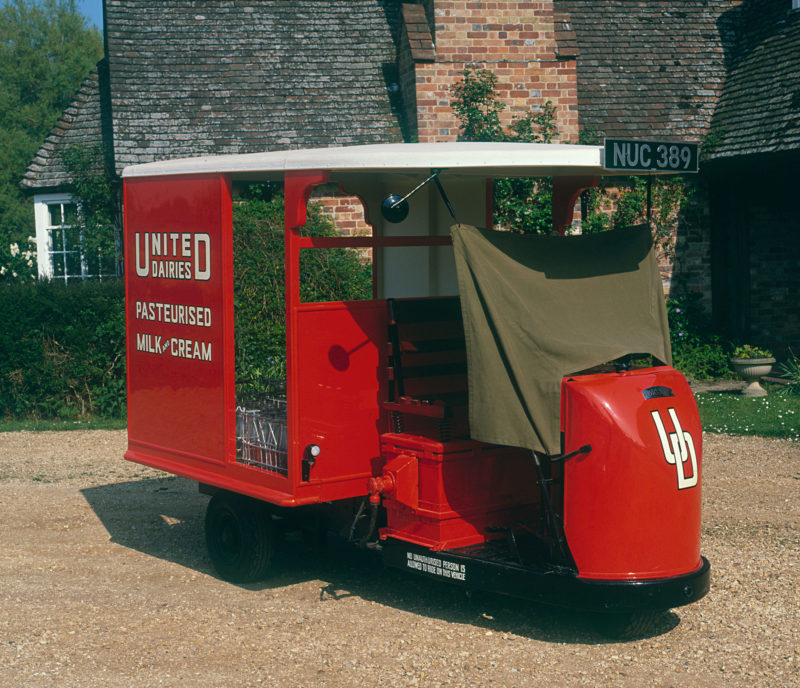 Electric milk floats were a familiar sight on Britain’s roads throughout the second half of the 20th century. The Pony was originally designed by Brush Electrical Engineering for use around its own factory site in Loughborough. It proved so useful that in 1946 the company decided to market them. The manoeuvrable Pony was ideally suited to use in urban areas, with a range of about 15 miles when fully loaded. The open cab made it easy for the driver to jump in and out when making deliveries. It was available with other types of body to suit a range of delivery and industrial uses.

The Express Dairy Company was the first to use electric floats in 1932. Their experiment with a small fleet of GV electric vehicles in London proved successful and led to the replacement of horse-drawn milk floats.