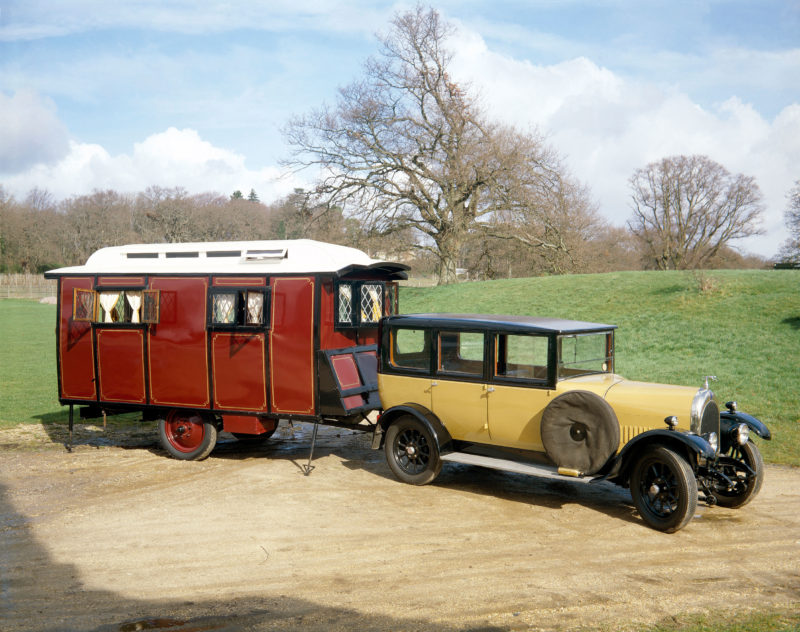 Eccles is one of the most famous caravan names of the twentieth century. In 1919 a failing Birmingham haulage business was taken over by W.A.J. Riley and his son W.J. Riley. The son returned from service in the Royal Flying Corps during the First World War and was inspired by the use of trailers on the front line. After a few years of development, Eccles eventually went into serious production of luxury trailer caravans in 1922.

This caravan is typical of Eccles’ 1920s range, with a box-like shape, lantern roof and panelled walls. Before it was acquired by the Museum in the 1980s, the caravan was owned by Sam Alper OBE, founder of Little Chef restaurants and caravan manufacturing giant Caravans International. The Eccles name still continues today under the Sterling brand owned by Swift Group.

Everybody admired it… we repeatedly heard the exclamation ‘What a dinkey notion!’

The Handbook of the Ideal Holiday, 1927.