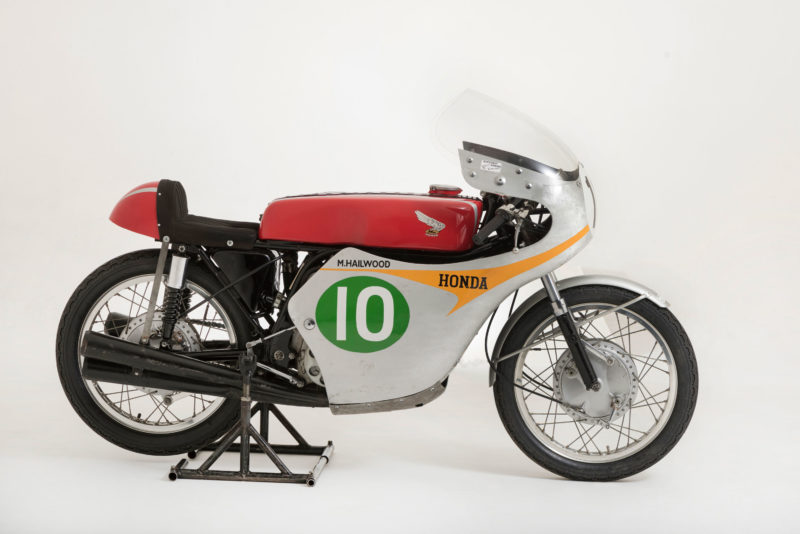 The Honda 250cc 4-cylinder factory racer made its European debut in 1960. Further developed the following year, it made an enormous impact in terms of speed and reliability. In 1961 Mike Hailwood won both the 125 and 250cc Lightweight TT races on Honda machines. The first five finishers in both races were all astride Honda mounts, with the company taking the Manufacturers’ Team Awards. This is the very bike used by Hailwood during the 1961 season, including the victorious TT ride.