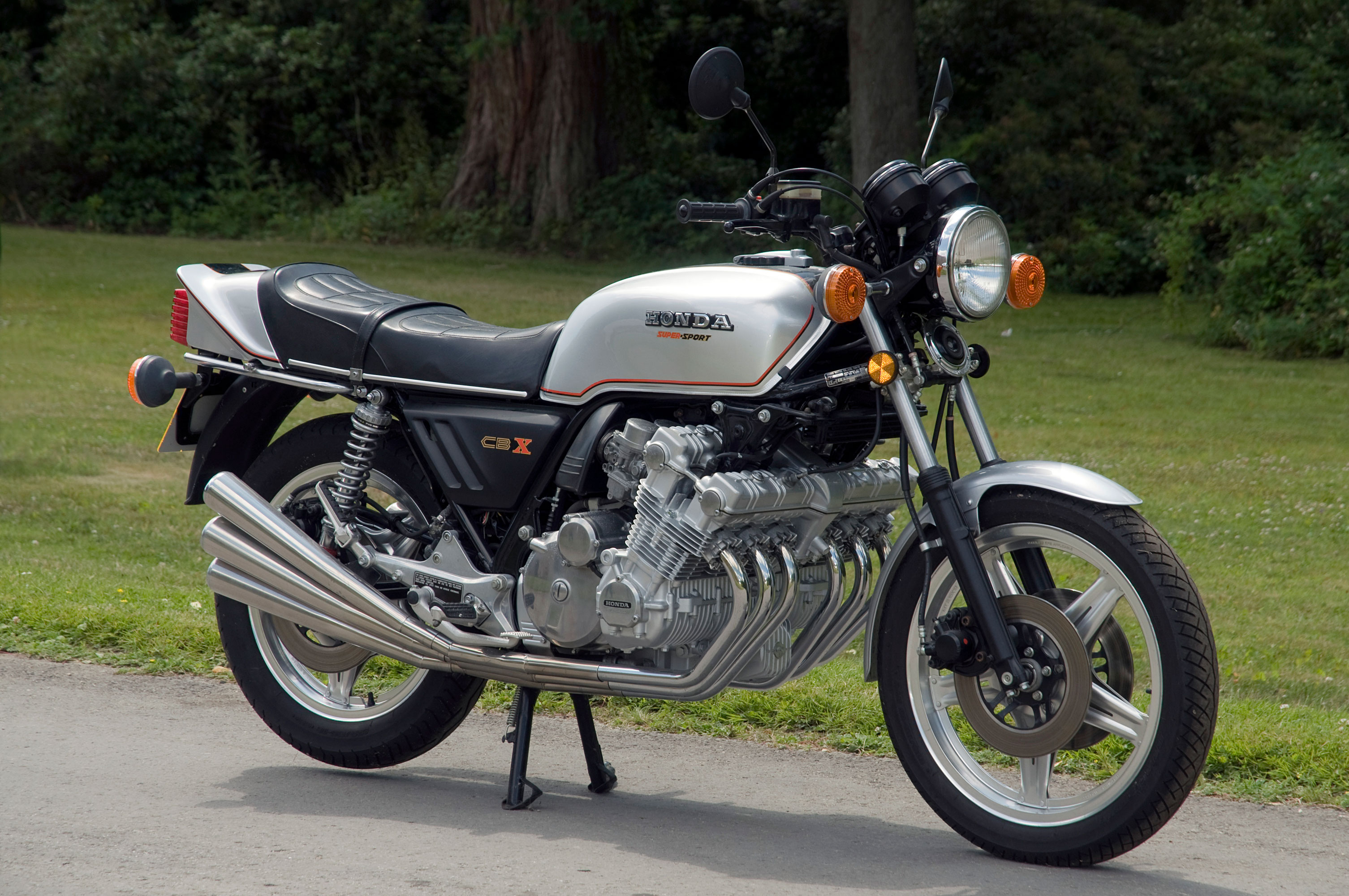 Inspired by the famous six cylinder Honda Grand Prix bikes of the 1960s, the CBX 1000 is widely regarded as one of the most impressive motorcycles of all time. At the time of its launch in 1978 it was the fastest and most powerful road bike in the world.

A specially de-tuned version was produced for the German market where a 100bhp power limit existed.

With such a wide engine even the slightest contact with the ground was likely to result in a very expensive repair bill.