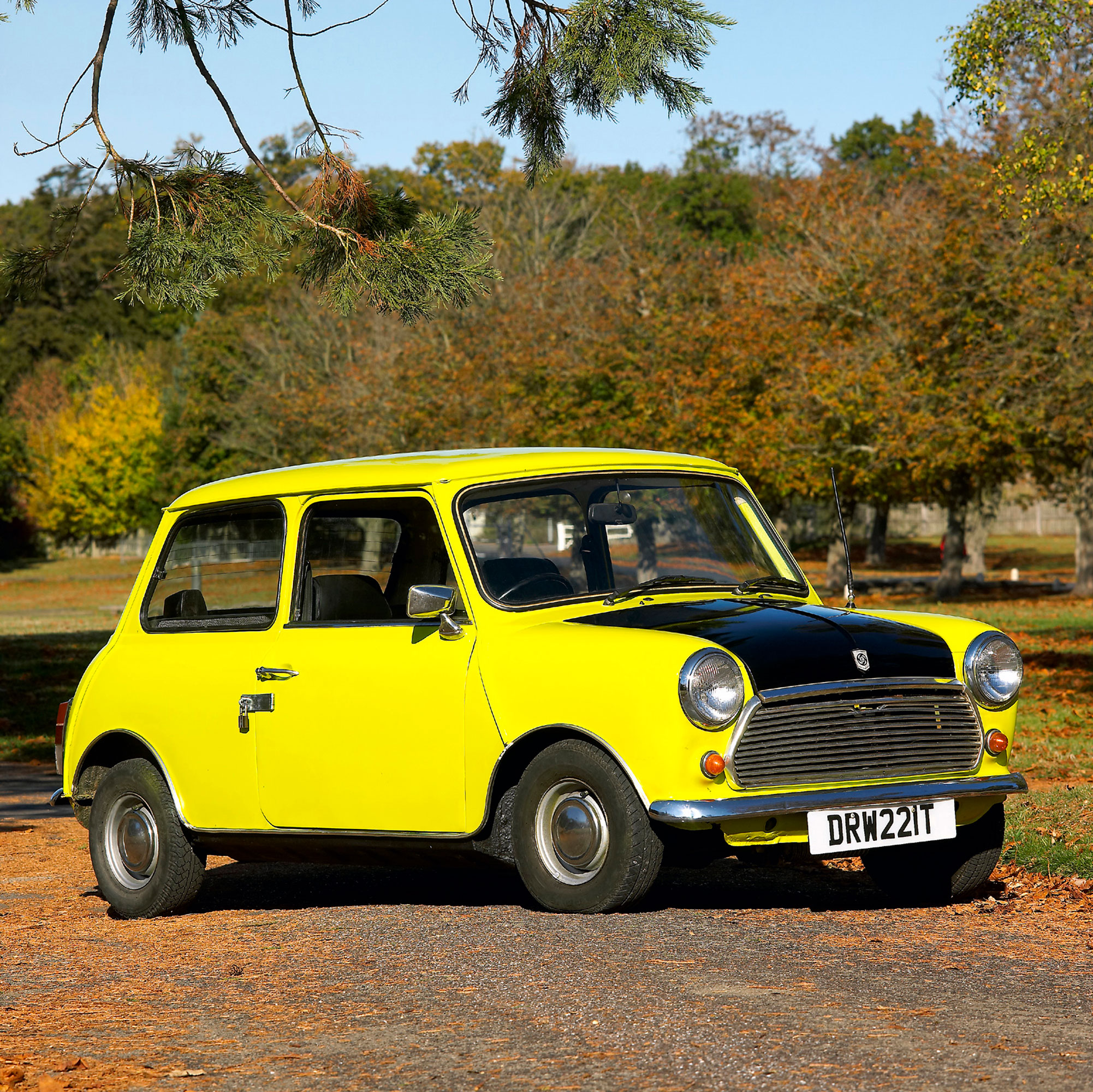 This car once belonged to the hapless Mr Bean, played by Rowan Atkinson, and featured in the character’s third series. It made its first television appearance on 1 January 1991. In this episode, Mr Bean discovers he does not have enough change for the multi-storey car park ticket machine and tries to outwit the exit barrier! On another occasion, Mr Bean oversleeps, becoming late for his dental appointment, and deftly manages to dress whilst driving the Mini to the surgery. In real life, Rowan Atkinson is an accomplished historic racing car driver. He is one of only a handful of people trusted to demonstrate the awesome 1933 24-litre Napier-Railton Brooklands racer.