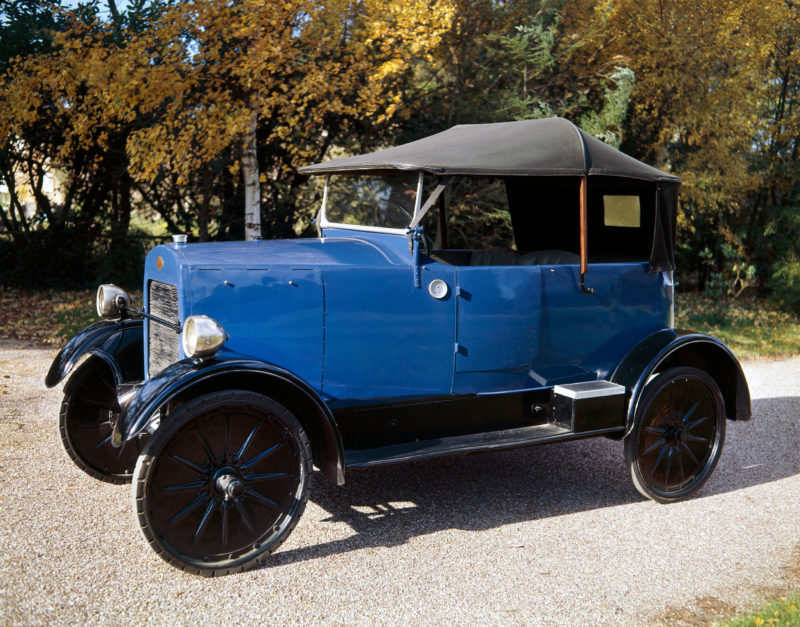 The Trojan was an unorthodox car launched in 1922. Autocar reported that it was “like no other vehicle”, while Light Car & Cyclecar described it as “the most unconventional of light cars”. Designed by Lesley Hounsfield to be simple to both drive and maintain. It was powered by a unique four-cylinder, two-stroke engine that, the manufacturer proudly claimed, had only seven moving parts. It was mounted horizontally under the floor. The bonnet housed only the radiator and the fuel tank. Solid, non-puncturing, tyres were standard.

Hounsfield entered into an agreement with Leyland Motors to build the Trojan in a former aircraft factory at Kingston-on-Thames. 16,800 cars and vans were built there between 1922 and 1928. Trojan Ltd then transferred manufacture to a factory in Croydon. Car sales gradually fell but vans continued to be built through the 1930s.