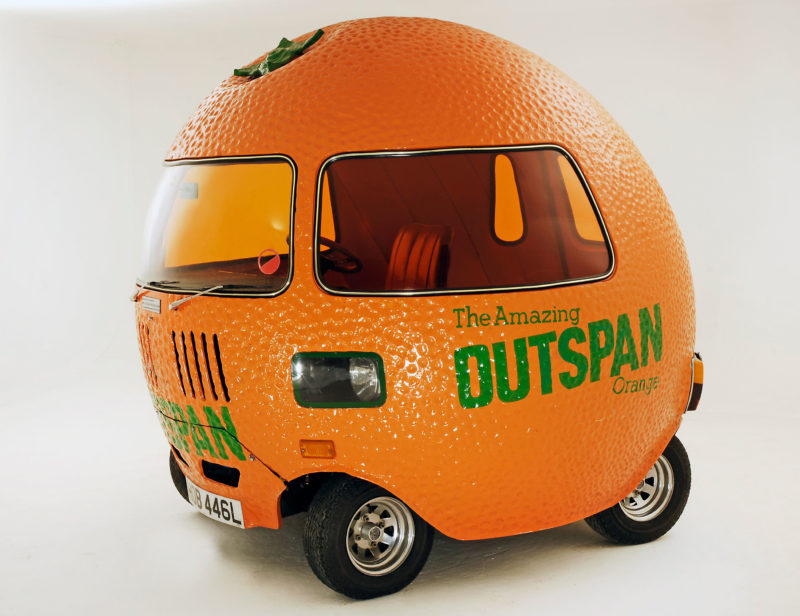 Six of these distinctive vehicles were built between 1972 and 1974 to promote Outspan Oranges. They were constructed by Brian Waite Enterprises Ltd and incorporated many components from the popular Mini. Five were used for advertising in Britain, France and Germany while one was shipped to South Africa.

Not surprisingly, the Outspan Orange is incredibly manoeuvrable, with a turning circle of just 16’ 6”. Two sub-frames are fitted to the short space-frame chassis, giving a wheelbase of 48 inches. Like an ordinary Mini, the front sub-frame supports the engine, automatic gearbox and front suspension. The rear sub-frame holds the rear suspension as well as the 200Ib of ballast that is needed to keep the vehicle stable. At speeds over 30mph the Orange has a tendency to roll. Like any motor vehicle, it can run out of juice!

Outspan. Small ones are more juicy.