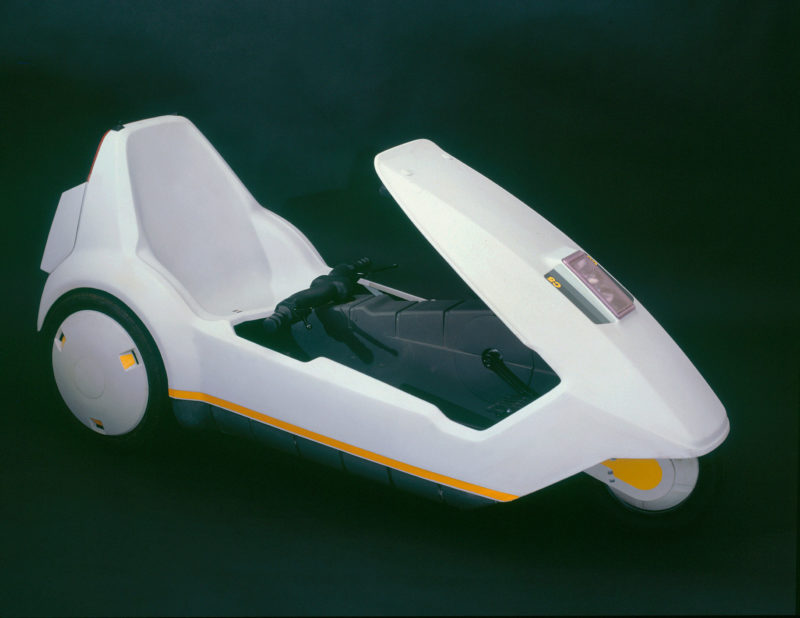 Intended to spearhead a transport revolution, the Sinclair C5 went on sale to a sceptical British public in January 1985. The electrically assisted tricycle took advantage of legislation introduced in 1983 that permitted electrically powered cycles with less than four wheels to operate on British roads without the need for road tax, driving licence or insurance.

The brainchild of Sir Clive Sinclair, and developed in association with Lotus Engineering, the C5 could be pedalled or powered by an electric motor that gave a range of 24 miles on one battery charge (40 miles with two batteries). 100,000 vehicles per year were to be built at a Hoover factory in Merthyr Tydfil, South Wales. A two-seater and a four-seat family car were planned to follow within a few years. By the end of 1985, amid rising concerns about the C5’s safety, less than 9,000 had been sold and the project collapsed.

The C5 is just the beginning … by the early 1990s, Sinclair will have … a range of fast, quiet, astonishingly economical family vehicles